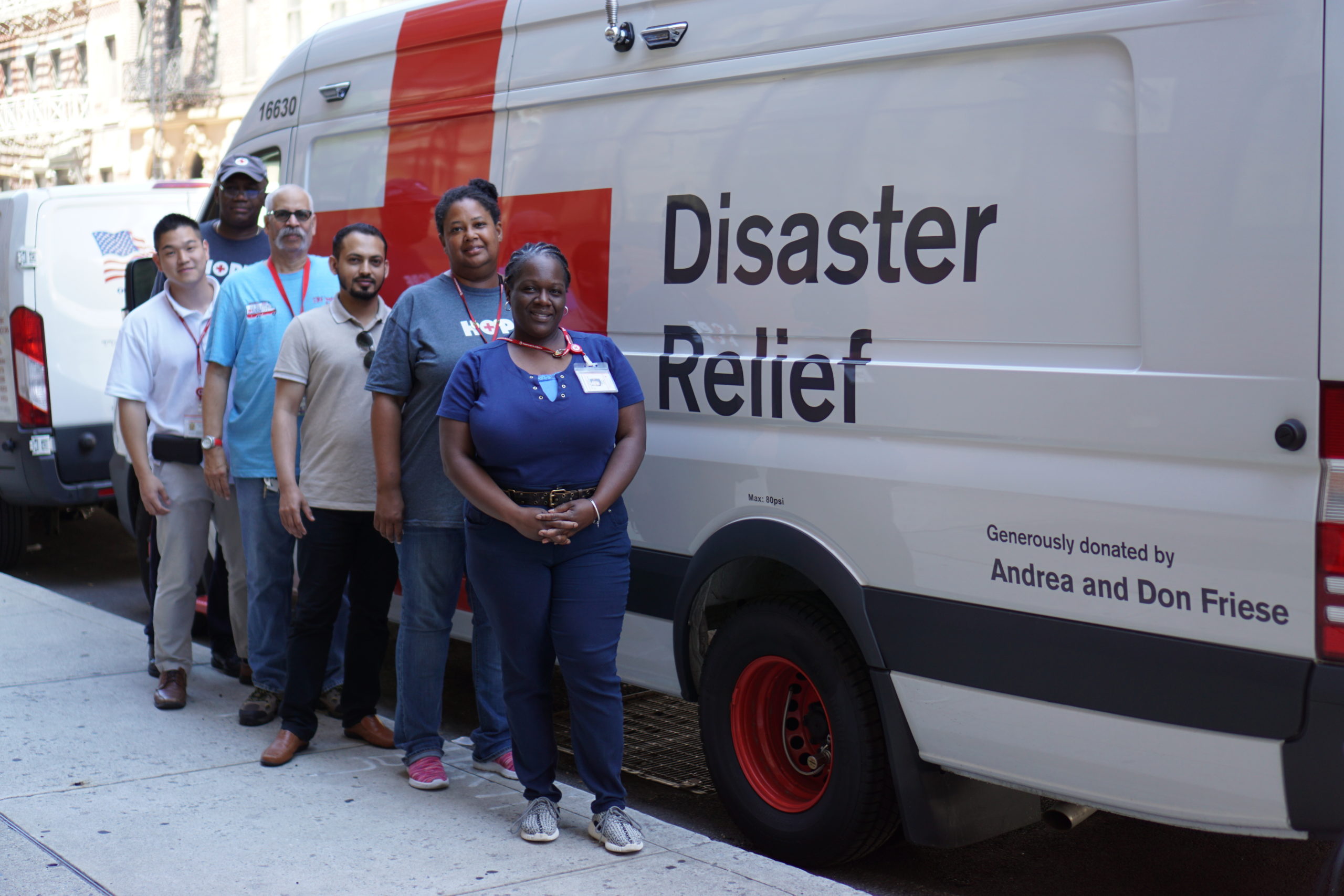 The Friese Foundation’s commitment to making a difference in people’s lives has ensured that the Red Cross has been able to add two new next-generation emergency response vehicles (ERVs) to its fleet.

With one ERV located in New York and the other in Los Angeles, these vehicles are now on the front line of the Red Cross’s continued efforts to provide relief and support to those affected by natural or man-made disasters.

ERVs are absolutely crucial to the Red Cross’s ability to reach people in disaster zones and effectively provide assistance and distribute food, water, and medical supplies.

In 2017 the Red Cross deployed 563 ERVs nationwide, covering more than 2 million miles collectively. Given the importance of ERVs, it is vital to have as many of these vehicles in operation as possible.

However, by December 2017, as many as 321 ERVs were in need of repairs, while another 11 were salvaged. The addition of two new state-of-the-art ERVs, courtesy of the Friese Foundation, has helped to ease the strain on the men and women who deliver the Red Cross’s invaluable service.

In the past two years alone, the Red Cross has responded to the biggest natural disasters to strike the United States and its neighboring countries. In 2017 the organization came to the aid of those affected by Hurricanes Harvey, Irma, and Maria, as well as the California wildfires and the earthquakes in Mexico. The next year, the Red Cross responded to Hurricanes Florence and Michael, and the return of more wildfires in California.

In addition to large-scale disasters, the Red Cross is on hand to provide relief in winter storms, home fires, and many other crises. In fact, 90 percent of Red Cross responses are to home fires.

The work of the Red Cross is made all the more remarkable when considering that 95 percent of its relief workers are volunteers, who respond to an average of 62,000 disasters every year.

In response to the Friese Foundation’s donation of two new ERVs, the Red Cross generously made Donald and Andrea Friese honorees of the 2018 Humanitarian Award, and further, invited Donald and Andrea to present the 2018 National Hero Award.

While the Friese Foundation is proud to have contributed to the Red Cross, its work is not done. Since launching the foundation and identifying its key causes—namely veterans and active military, mental health, humanitarian aid, healthcare services, child poverty, youth programs, animal rights, and the glass industry—generous grants and donations have been distributed to numerous organizations. In addition to the American Red Cross, the Salvation Army, the USO, the National Veterans Foundation, St. Jude Children’s Research Hospital, Childhelp Inc., and many others have benefited from the grants and collective money-raising efforts of those working tirelessly at the Friese Foundation.

However, this is just the beginning—the foundation continues to look to the future and identify new ways to contribute to these and other extraordinary organizations that are making a key difference.